Over the past 17 months you and I delivered a message of freedom, the likes of which American politics has not seen in decades. With the primary season now over, the presidential campaign has come to an end. But the Revolution has only begun.

Today I am happy to announce the official launch of the Ron Paul Campaign for Liberty. Please visit our new website and join us: http://www.campaignforliberty.com

Over the next few months I will be developing a program, assembling a team, and announcing new and exciting projects. We will have a permanent presence on the American political landscape. That I promise you.

Right now, I need your patience and support. I want the Campaign for Liberty to be a grassroots campaign; so your energy, your creativity, your feedback, and your participation are essential.

Together, we will educate our fellow Americans in freedom, sound money, non-interventionism, and free markets. We will write commentaries and broadcast videos on the news of the day. And I'll work with friends whom I respect to design materials for homeschoolers.

Politically, we will expand the great work of our precinct leader program. We will make our presence felt at every level of government. We will keep an eye on Congress, and lobby against legislation that threatens us. And we will identify and support candidates who champion our great ideas.

"In the final analysis," I wrote in my new book The Revolution: A Manifesto, "the last line of defense in support of freedom and the Constitution consists of the people themselves. If the people want to be free, if they want to lift themselves out from underneath a state apparatus that threatens their liberties, squanders their resources on needless wars, destroys the value of their dollar, and spews forth endless propaganda about how indispensable it is and how lost we would all be without it, there is no force that can stop them."

Our time has come to act on these words.

May future generations look back on our work and say that these were men and women who, in a moment of great crisis, stood up to their politicians, the opinion-makers, and the establishment, and saved their country.

P.S. Please join me. Go to our website, www.campaignforliberty.com, and become a member of the Campaign for Liberty. Our goal is 100,000 members by September. Can we reach it? 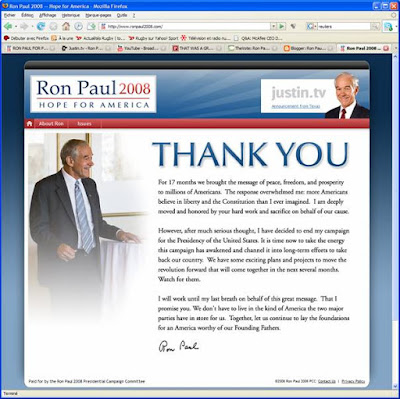 “This is the beginning of something very big”. 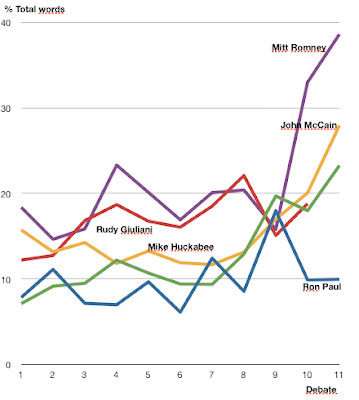 When I started this campaign more than a year ago, I was a somewhat reluctant candidate. I knew our message of freedom, peace, and prosperity was the right one for our country, but frankly, I didn't know how many people today would have ears to hear it.

Well, did I learn a lesson! Millions of Americans understand what ails our country, and what is needed to fix it. So, with you at my side, I am in this effort to win. Not only by building the ideas of liberty, but by getting the nomination. Our opponents would call that nuts -- you know, the advocates of more inflation, more spending, more taxes, more war. But let me explain why they are, as usual, all wet.

For one thing, for the first time since 1952, we are headed towards a brokered convention. Instead of a coronation of one of the establishment candidates, the delegates, influenced by the people, will decide. And I am afraid that this will take place in a time of heightened economic crisis. That means even more Americans will be ready to hear our message. But it also means I am really going to need your help.

One would never know this from the mainstream media, but we've only had a few primaries and caucuses, and even after the extremely important date of February 5th, we will still have more than half to go. And the Republican nominee will not be decided by the popular vote among the "leading candidates" in a few states also handpicked by the media. The nominee will be decided by the delegates. So let me tell you a little about our "under-the-radar" strategy to get those delegates.

On "Super Tuesday," February 5th, there will be 22 primaries and caucuses. I have a hunch that we're going to do very well. But, of course, the media and the rest of the establishment refuse to recognize that. It's the attitude of the small child who covers his eyes to make something scary go away. But we are not going away.

While the media focus on the couple of states they claim are important, we're competing everywhere. And the reason that we're able to do that is because of your grassroots support. You all are an asset that no other campaign has: donors, and activists who want no special deals from the government, just the Constitution.

We're competing very strongly in all the caucus states, and in all other states where delegates are up for grabs. And we're going to keep picking up delegates. Our strategy's already working.

And we're committed to winning states. I have little doubt that if we can double our efforts in this coming week, we're going to grab many delegates from other candidates. Then we'll start getting ready for the biggest moment of all - the convention in September.

The path to the convention is twisty, however. When we were in , we got 10% of the vote. But no delegates were awarded that night. That's because voters didn't directly choose national convention delegates; they selected the county and state delegates who will make that decision. And if another candidate like Mike Huckabee is no longer in the race at the time of the state convention in June, his delegates are free to support whomever they want. If we work extra hard, we can convert them into delegates for our campaign!

A similar thing happened in . We won 14% of the straw poll vote that the media reported on, but what they didn't tell you was that we may have gotten up to a third of 's delegates to their county conventions! I always laughed when I heard some people say didn't matter. chooses more delegates to the national convention than .

So, while the media will focus on the results from , and probably take down the campaign of my friend Rudy in the process, those results are less important to you and me. Let them fight in while we bring our message to Americans in other areas, like the economically hard-hit state of .

We want to win as many delegates to the Republican National Convention as possible, even if other campaigns don't see some areas of the country as "important. But in this work, I need your help. Help me get many, many delegates to this historic convention, by these three methods.

1. Donate. Your generous contributions are essential if we're going to keep going until September. We need, frankly $5 million by February 5 to run more TV and radio ads in the Super Tuesday states. Your help means everything: https://www.ronpaul2008.com/donate.

2. Canvass. You can help us identify those who support our message in yourecinct. You can help us to convert others, too. After all, your neighbors pay attention to you. I am going to visit as much of the country as I can, but I need you as my partner in your area: https://voters.ronpaul2008.com.

3. ASK others to sign-up on our website. I meet so many people on the campaign trail who don't even receive my letters! I've told my campaign to make communication with you, the engine of all this, much better. But if people don't sign up for my e-mails, that won't happen. If you could just get one extra person to sign-up, that would be great. More would be tremendous.

Help me by forwarding this e-mail to every other Ron Paul supporter you know, and urging them to join our efforts! https://www.ronpaul2008.com/join.

We've come so far, but now the fun is really starting! I have a feeling the mainstream media will move from ignoring us to attacking us. But that will be a sign of our success. Join me as we continue this great movement into year two, and to a hot convention in Minneapolis-Saint Paul. We can do it! 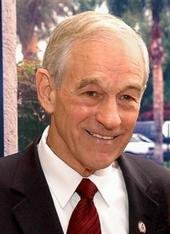 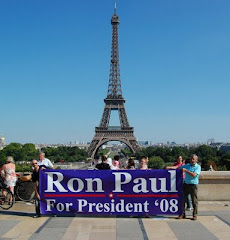